My new project: The Flower Shop

My witch's cottage was to be priority number One, but for various reasons I have taken on another project, which hopefully won't take too long to finish. Since I have already made a lot of plants and flowers I decided that this building could house them and so the Flower Shop came into being........

The basic project, a base and wall with window, was meant to be an inside/outside club project, but some of us wanted a bit more and we have added whatever we wanted. In my case the bay window and a door on the right and an attic. The original building with add-ons like the attic had a flight of stairs inside, but then I wouldn't have been able to have a door, so I decided that my attic is only going to be a kind of storage place which can be reached by a ladder. I am also going to try and fix lights and since I wanted to learn a bit more about woodworking I am trying to build a lot myself and try out different techniques as I am going. I have no fixed plan yet (as usual.......) so the end result is going to be a surprise for me too!

I have forgotten to take pictures from the beginning, but will try to keep up now.

We have been supplied with the base and the walls to start off with. People who wanted to add a bay window received the walls, roof for the bay window and kits to put the windows together themselves. 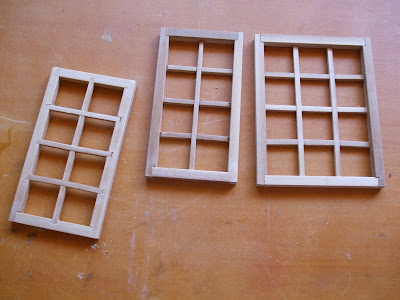 The windows came in bits and pieces. These are the first three glued together. 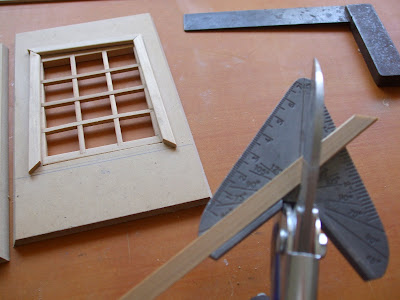 Here I am fixing the mouldings around the windows with the use of a most fantastic tool: the Easy Cutter 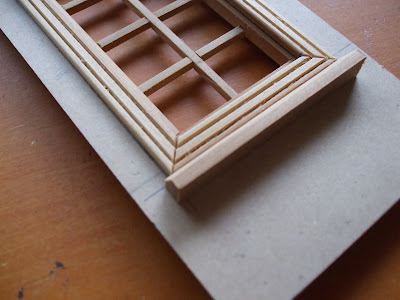 The outside mouldings and the windowsill fitted 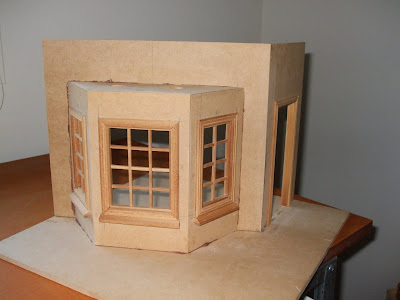 The bay window and entrance door

The brown messy stuff is liquid nails. So much easier to use than woud glue, but as you can see, quite messy. However, after a few hours drying it can easily be cleaned up with the help of a sharp chisel. 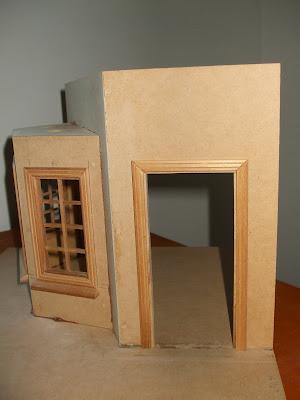 I also had made the mistake to forget that I wanted a door in the wall on the right and had glued it together. Luckily it wasn't impossible to make the opening at a later stage, just a bit of careful work with the scroll saw and a hand saw nearer to the base. Then the same mouldings as for the windows were fitted. 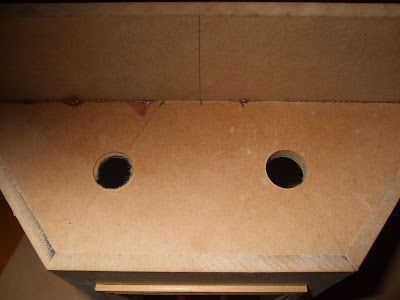 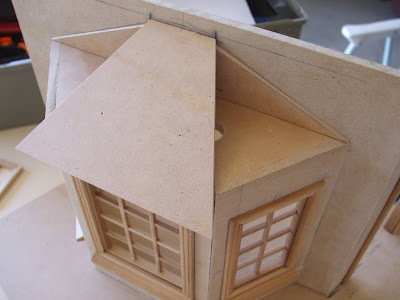 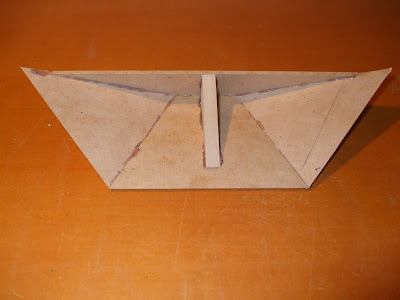 This needed some extra work, because I needed support to glue the roof parts together at the right angle 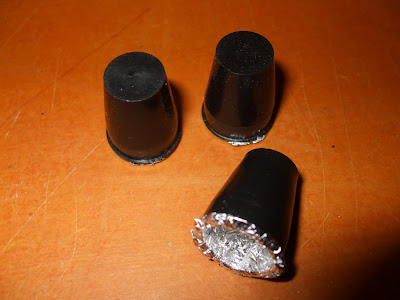 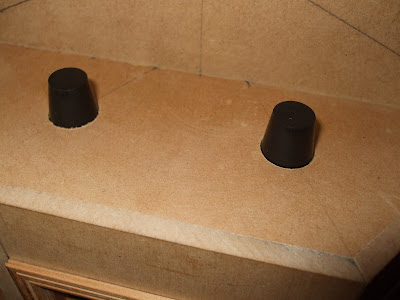 For the light fittings I've found three black shapes that look like, and also have the size of, a thimble. These I have lined with alfoil to create reflection. 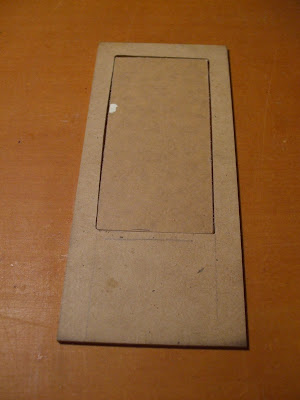 The entrance door is going to be fitted with perspex of equal thickness. I want to have a fancy door with frosted glass. I've read somewhere that it's possible to etch perspex (acrylic sheet) with spray etch, so I am going to give that a try. But........... in which magazine did I read that article now???? 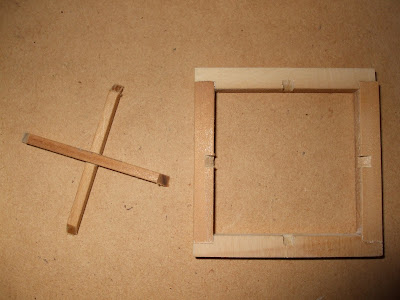 While I was thinking about the door I started on the dormer window. This one I have made from scratch. I have been told how the other windows were done and gave it a try myself, although with different tools. I don't have a saw blade of 3mm thinkness for the slots, so figured a way to do it with the scroll saw. In the end it worked out quite well. The 1mm missing at the corner will be covered by the mouldings, so that's not a big deal.......... 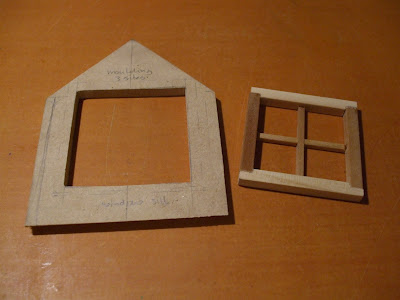 Next is the front wall in which the window is going to be fitted. 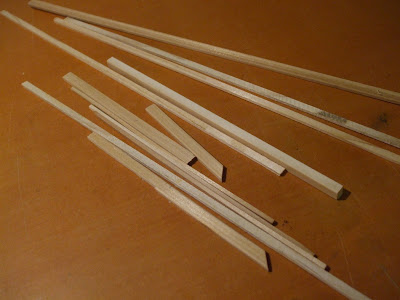 When the door has been done I am going to put the dormer together and fix the side wall. Update with pictures will follow. Soon, if I get enough time this week. Till then.

Oh, by the way, I would love it if you'd leave a comment so I know that at least someone is following this blog ;-) And please, let me know if it is in any way useful to you if you are a fellow miniaturist.
Posted by Marion at 7:35 PM 1 comment:

Marion
Alexandra Hills, Queensland, Australia
Travelling, geocaching and miniatures are my passions in life, therefore I have various blogs on which I like to share my stories with you.